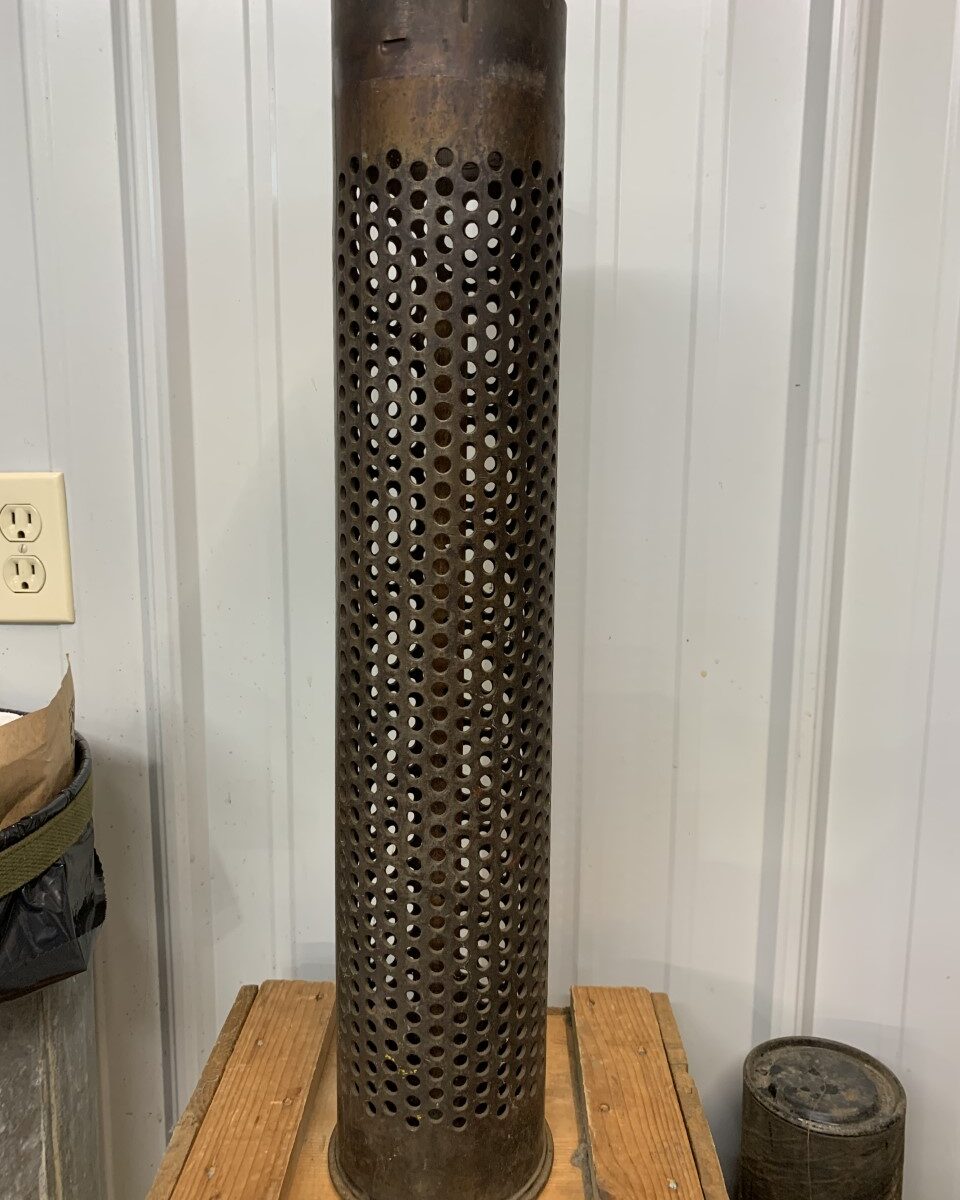 Intended primarily as an anti-tank weapon, it could also be employed in an antipersonnel role with the use of an antipersonnel-tracer flechette round. The bore was commonly described as being 106 mm caliber but is in fact 105 mm; the 106 mm designation was intended to prevent confusion with incompatible 105 mm ammunition from the failed M27. The air-cooled, breech-loaded, single-shot rifle fired fixed ammunition and was used primarily from a wheeled ground mount. It was designed for direct firing only, and sighting equipment for this purpose was furnished with each weapon, including an affixed spotting rifle.

These shells are weathered and rusted.

There are no reviews yet.

Be the first to review “106MM Recoilless Shell” Cancel reply